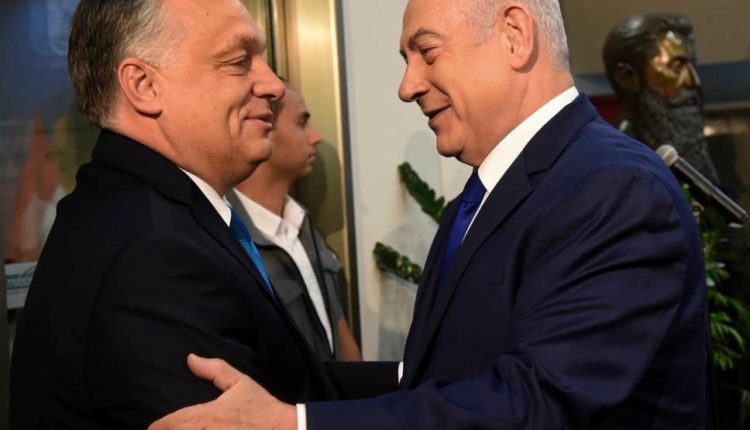 The dying days of global democracy: Israel at the forefront

The dying days of global democracy: Israel at the forefront

The most striking feature of the post-war global order was the remarkable uniformity of its political structures as democracy spread and became the standard model of political organization. Slowly but surely, such trends are being reversed. From the Middle East, to Latin America, to the States to significant sections of Europe, the rise of right-wing anti-liberal nationalists is becoming synonymous with the decline of equality, freedom of expression and rule of law. Captivatingly, there is a shared vision and consequently robust unity amongst these strongmen. Leading the pack, in a country where democratic values ​​are swiftly dissipating, Israeli Prime Minister Benjamin Netanyahu is spearheading the deterioration of democracy.

Having failed to form a national government in the last elections, Israeli’s will be returning to the polls on September 17 th . As is now the norm in his campaigns, Netanyahu seeks to appease and impress the handful of ardent right wing Israeli’s with his chauvinistic policies and pledges. United States President Donald Trump has assisted him significantly with this, by reversing decades of US foreign policy and displaying sincere antipathy for an issue of profound sensitivity, when he declared Jerusalem as the capital of Israel and relocated the US embassy there from Tel Aviv.

Then in March of 2019 he proclaimed it is ‘time to recognize’ Israeli sovereignty over the Golan Heights, an area Israel impounded from Syria during the 1967 war and later annexed in 1981.

The Golan is internationally recognized as occupied territory and Syria has demanded its return as a condition in the event of a future peace agreement. Not that that was of any importance to Trump.

Netanyahu thanked his benefactor by naming the settlement after the US president , with him and his cabinet convening in the small outpost for the inauguration of the territory’s new title, emblazoned on a giant billboard: ‘Trump Heights’.

That is new the political reality, not just in Israel, but on a global scale. Unapologetic alliances and an ever strengthening solidarity among self-interested, authoritarian strongmen, all under the guise of democracy.

This was embodied in the newly sworn in Brazilian far right President Jair Bolsonaro’s meeting in Israel prior to the first round of elections in April, where he trumpeted ‘I love Israel’ , and to which Netanyahu responded by characterizing the Brazilian as a ‘good friend ‘. Palpably, the fact Bolsonaro’s rise is designated ‘the arrival of fascism’ and has implemented his ideology of intolerance and discredited fundamental values ​​such as freedom and rule of law, appears to have allured Netanyahu.

Now for the second round of elections, surrounding the Likud Party’s headquarters in Tel Aviv, giant posters exhibiting the party leader and Prime Minister shaking hands with Trump, Russia’s Vladimir Putin and Hungary’s Viktor Orban. Netanyahu’s intention is clear; he is firmly flaunting his image as Israel’s only credible candidate when it comes to esteemed international magnitude. Unsurprisingly, those he is using to accentuate that message, are the pioneers of the global illiberal camp.

Putin recently asserted in an interview that liberalism as an ideology had outlived its purpose and become ‘obsolete’ . He further articulated that ideas such as multiculturalism were ‘no longer tenable’, before heaping praise on the rise of right-wing populism in Europe and America.

With a political meeting between Putin and Netanyahu scheduled for September in Israel , it appears the bond between the two is strengthening, as they sing from the same hymn sheet.

Indeed, what right wing commanders all have in common is a brazen fascistic ideology and all run countries with glaring human rights violations and have fostered hostile environments.

But it comes at a costly price. As right wing nationalist’s increment in influence, so too does racism and xenophobia. Exclusionary and pernicious rhetoric is the focal point of election campaigns now and is assisting these strongmen in amassing support.

Italy’s Deputy Prime Minister and leader of the Lega party, Matteo Salvini, who Netanyahu has also labeled a ‘great friend of Israel’ , is a specialist when it comes to damaging and injurious rhetoric. His latest in a string of controversial comments comes as he resorted to Twitter to threaten to bulldoze the home of a woman he called a ‘dirty gypsy’ .

The 46 year old has an appalling history of discrimination towards the Roma community in Italy. In 2018 he announced there would be a census of the community, to pave the way for deportations of the ethnic group. Of the Roma who are found to have Italian nationality, he said they would ‘unfortunately’ be allowed to stay in the country.

But his hard-line stances are not limited to just the Roma community. He has blamed migrants for increasing crime in Italy, refused to allow search and rescue teams to help migrants crossing the Mediterranean, closed a migrant center in Sicily , and proclaimed Italy’s culture, society and tradition are under attack from ‘Islamization’ .

The exclusionary and xenophobic discourse that was commonplace in Nazi Germany has found a home again. But this time it is not limited to just one continent or country. It has become the language of right-wing leaders across the globe and minority groups are suffering as a result.

Exceedingly, Netanyahu during his tenure has fomented a system of preferential treatment in Israel. In 2018, Israel approved a controversial law that defines the country as an exclusively Jewish state, specifying ‘the Jewish people have an exclusive right to self-determination in it’ . The move consolidates what observers have long expounded, that Arabs and non-Jewish people are considered second class citizens, and now that inferior status has been enshrined in law.

Jewish Israeli’s, as well as analysts, are designating the move as an unapologetic move towards the establishment of an ‘apartheid state’ . Discriminatory policies and a lack of basic human rights for certain groups – not measures that are usually associated with democracy.

Inevitably, and lamentably, as discriminatory stances hasten, anti-Semitism does too. When radical nationalism has previously seized control of the landscape, it is Jews who suffered the most, whether in 1930’s Germany or in France during the 1789 human rights revolution . Today, such trends are again conspicuous.

In Europe, the evidence of rising anti-Semitism is becoming impossible to ignore, as it reaches alarming rates.

The European Union’s Fundamental Rights Agency found that 89% of Jews residing in Austria, Belgium, Denmark, Germany, France, Hungary, Italy, Netherlands, Poland, Spain, Sweden, and the UK feel anti-Semitism has increased in their country over the past decade, while 85% believed it to be a serious problem. Almost half worried about being insulted or harassed in public because they are Jewish, and more than a third feared being physically attacked.

In fact, one of the worst places for anti-Semitism in Europe is Hungary. Andras Kovacs, professor of Jewish studies at the Central European University in Budapest, found the proportion of Hungarians who wanted Jews to leave their country had doubled from 12 per cent in 2006 to 24 per cent in 2017.

Today 30 per cent would like to see limits on the number of Jews who can work in certain jobs, compared with only 16 per cent in 2013.

This is a direct consequence of the nationalistic rhetoric Orban transmits. He has perpetually vilified Jewish billionaire and philanthropist George Soros and even previously praised former Hungarian leader Miklos Horthy, an ally of Adolf Hitler, who cooperated with the Nazi’s.

Despite the compelling evidence displaying distressing levels of anti-Semitism in Hungary, Netanyahu, the leader of the sole Jewish state in the world, has consistently heaped praise on Orban, even alluding to him as a ‘true friend of Israel’ – a term that is routinely used to describe those with whom Netanyahu shares a worldview.

Seemingly, if it assists Netanyahu’s political vision, anti-Semitism does not bother him. He is content on label Orban a true friend, and conveniently ignoring his disturbing history of anti-Jewish sentiments.

The plight is similar in the US. Under Trump, the annual audit of anti-Semitic incidents from the Anti-Defamation League, an international Jewish non-governmental organization based in the US, illustrates that in 2018, the US Jewish community experienced near historic levels of anti-Semitism, and assaults against Jews more than doubled.

Indeed, the deadliest attack on the Jewish community in US history took place on Trump’s watch, in October 2018 when 11 Jews were mercilessly murdered at the Tree of Life synagogue in Pittsburgh.

Yet Netanyahu continues to cozy up to Trump despite the hostile environment he is engendering, because it benefits Netanyahu’s political vision. Trump even engaged in yet another anti-Semitic trope recently when he contended that Jews voting for the Democrats is ‘disloyal to Jewish people and very disloyal to Israel’ , in a longstanding analogy that implies Jews have divided loyalty to America and Israel. The silence from Netanyahu was deafening.

Contrastingly, those who criticize Israel and its merciless and punishing regime, particularly the treatment of the Palestinians, are automatically labeled anti-Semitic, in what appears a flagrant attempt at stifling criticism, in a style that is more dictatorial than democratic.

This was reinforced when Ilhan Omar and Rashida Tlaib, two Democratic congresswomen from the US, were denied entry into Israel because of their support for the Boycott, Divestment and Sanctions (BDS) movement, which promotes non-violent protests and boycotts to raise awareness of Israel’s remorseless occupation.

This is consistent with the Israeli government insistence on nullifying any dissent, as a law passed in 2017 restricts supporters of the BDS movement from entering the country.

Joe Biden, the former vice-president who is leading the Democratic presidential candidate race, affirmed that whilst he is a ‘stalwart supporter of Israel’, denying access purely because of a difference in political views is unacceptable. In fact, he emphasizes that ‘no democracy should deny visitors based on the content of their ideas’.

Nonetheless, such an approach is directly mirrored in the US. Trump has weaponised the term ‘fake news’ and hurled it any news outlet, academic, activist and individual who dares offer criticism of his and his administration’s efforts. It has become an easy and convenient way for him and supporters to stay within their echo chamber, where only their points of views are considered relevant.

As if in a competition to prove who can crackdown the most on dissent, Orban also recently closed down the Central European University , which was founded after the Soviet Union to champion the principles of democracies and free societies. The George Soros owned institution was banished from its campus in Budapest by Orban because it had previously castigated the leader.

That is a move straight out of the Trump and Netanyahu playbook, hence Trump’s assertion that Orban is doing a ‘tremendous job’ in Hungary and is allegedly ‘highly respected all over Europe’.

All in all, what is uniting right wing autocrats is a shared disdain for pluralism, human rights and freedom of expression – the cornerstones of democracy. So as Netanyahu prepares for elections – procedures ironically associated with democracy – by brandishing his alliance with these commanders that are monopolising the political arena, the trajectory of the global arena worsens. The status quo can only withhold authoritarian rule for so long. With each passing day it is threatened, and with it democracy erodes.

Crisis in Kashmir: A Recipe for Disaster in the Indian Sub-Continent

How Momentum have become a force to reckon with

Centre for Arab Progress and the Sudan Peace Agreement