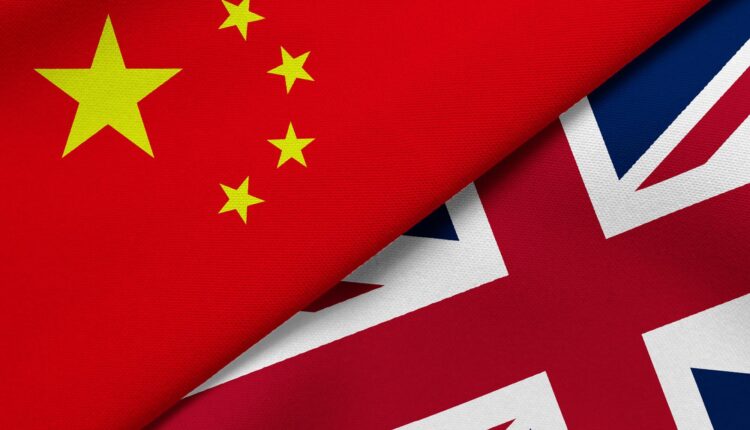 One of the biggest challenges of Boris Johnson’s tenure as Prime Minister of the United Kingdom was always going to be the post-Brexit British world. China, an economic powerhouse, was always going to be front and centre of that discussion. On January 31st 2020, Britain officially kickstarted the ‘leave’ process and the pursuit of ‘Global Britain’.

However, just a few months later, in the middle of a global pandemic which has slowed down the global economy, questioned trading patterns, triggered greater scrutiny directed at China and prompted countries to reconsider their domestic and foreign policy, the challenge appears to have incremented.

Observers have predicted that the global environment Covid-19 precipitates will be one tilted in the global East’s favour, and in particular China. Following the Chinese government’s ‘belt and road’ foreign and economic initiative launched in 2013, consisting of an estimated £1.5trillion worth of maritime trade routes and infrastructure projects in several countries, Beijing was clearly outlining its intent.

The question that always loomed was just how compelling a role China could play on the world stage. Much of this was contingent on the role of the US. The global pandemic has accelerated the issue and even provided astute indications.

US President Donald Trump has from the outset of his appointment actively devastated alliances that have existed for decades and displayed a disdain for global governance. His endeavours as the world battled the novel coronavirus were no different, and he remained as erratic and whimsical as ever. He relentlessly chastised the World Health Organization because of their alleged China bias, and even threatened to defund it.

By contrast, China opted for the shrewd approach and was positioning itself as the guarantor of global public goods. Beijing dished out virus-fighting prowess as well as millions of gloves, masks and other forms of protection, to Africa, Europe, Asia and Latin America, in a bid to atone to for its early failure to provide critical information and cooperate to eradicate the spread of the virus.

Now China is on course to expand politically and economically whilst the rest of the world faces a deeply damaging global recession. For UK Prime Minister Boris Johnson, as he begins to map Britain’s new path following Brexit, China is likely to allure him. Especially in light of reports the British economy is likely to suffer the worst damage of any developed country, according to research from the Organisation for Economic Cooperation and Development.

The Conservative Party in recent years has adopted an unapologetic pro-China approach. Former prime minister David Cameron and former chancellor George Osborne in particular skewed heavily towards Beijing, on the basis that resistance would be detrimental to British commerce. It was Cameron’s government who heralded the ‘Golden Era’, referring to a new promising phase of relations between Britain and China in which the expectation would be for both countries to form a ‘global comprehensive strategic partnership’. Indeed, in 2015 up to £40billion worth of deals in investment, trade and financial services between the pair were announced.

Historically, Johnson’s ambitions when it comes to China are aligned. As London mayor, he promoted Chinese investment in a major docks project, and after becoming prime minister in the summer of 2019, he told a Chinese TV station that his government would be ‘very pro-China’. He even described himself as a ‘Sinophile’ (a person who shows a strong interest and love for Chinese people and culture) recently.

But Johnson may find it hard to mirror previous partnerships and convert his sentiments into potent policies because of the logistical domestic barriers in place. Following news that China is contemplating a new national security law to be imposed on Hong Kong, Johnson announced he will offer Hong Kongers holding overseas British passports to apply to come to the UK for at least a year. Currently only 350,000 citizens have a British National Overseas Passport, but another 2.5million are eligible.

Whilst it is an honourable proposal, it jars with much of Johnson’s rhetoric in the last few years. The narratives and arguments central to the Brexit discourse in the unruly years after the referendum could now become a thorn in his side. As a prominent Leave campaigner in 2016, he made the case that Britain should be ‘taking back control’, particularly when it comes to immigration. That rallying cry then became central to the Brexit message in the subsequent years.

Indeed, when traditional Labour voters flocked in droves to the Conservative Party in the December 2019 general election, Johnson’s ‘Get Brexit Done’ message played a crucial part. In particular the anti-immigration tendencies it chimed with. A 2016 study conducted in light of the European Union referendum showed ahead of control, sovereignty and the economy, immigration was the reason that often surfaced when respondents were asked what mattered most when voting. In Labour’s working-class traditional strongholds, from Workington, to Bolsover to Don Valley and beyond, those same sentiments were echoed. The fact 73% of Leavers voted Conservative in the election fortifies this.

Therefore, Johnson runs the risk of not only stinging his legitimacy by backtracking on one of his own pledges but concurrently alienating his new base of supporters if he pursues a policy that encourages that which they voted to reduce.

In his own party Johnson faces a dilemma too. Founded recently to ‘promote debate and fresh thinking’ on China, the China Research Group is set to complicate matters. In a tribal and divided Conservative Party, it has managed to attract MP’s from all ends of the spectrum. Involved are Mark Francois, the ardent Brexiteer, human rights advocates like Benedict Rogers, and its founder Tom Tugendhat, is a moderate Remainer whilst the co-founder, Neil O’Brien is a moderate Leaver.

With some MP’s concerned a UK-US trade deal will be threatened unless Britain sides with Trump in his war against China, and others more concerned about the liberal international rules-based order crumbling drastically if Mr Jinping continues in the same vein, it is clear there are disparate motives. Yet what unites them is the demand for a sturdy line on China.

The domestic yearning for Chinese scrutiny is discernible in the opposition benches too. In May, Labour’s foreign policy spokesman Stephen Kinnock underscored the need for the UK to stand up to China’s intimidation, affirming that China’s authoritarian leaders are rivals to democratic countries.

The shadow foreign secretary Lisa Nandy mirrored Kinnock’s position and called for a firm strategy in relation to the rise of China. Johnson may have a favourable attitude, but will be acutely aware of the rising hawkishness directed at Beijing from both parties. He will also be mindful that the last time he failed to take heed from the overwhelming consensus, his country wound up with the highest excess death rate from an unforgiving virus.

So far, any China oriented policies passed have sent mixed messages, such is the ambivalence surrounding the matter. Equipment from China’s technology firm, Huawei, was recently given the greenlight to be used in the UK’s 5g networks. That indicates a level of receptiveness towards China. Yet Downing Street is also pressing for legislation that would make it mandatory for British businesses to report attempted takeovers by Chinese companies, in a bid to reduce any security risks. That reflects British trepidation regarding China.

However, it is not just domestically that the China approach is precarious. The international plight is equally as convoluted.

Britain has to simultaneously contain Beijing whilst not sacrificing its economic interests with the region that has the best prospect for economic growth, particularly in a post-pandemic and post-Brexit world. That is a delicate balancing act, but one made arduous by Britain’s lack of conclusive international allies.

The EU’s foreign affairs chief recently remarked that the end of the US-led global landscape had arrived, marking the start of the Asian century. This, he postulated, meant the bloc needed a more ‘robust strategy for China’. EU officials see an increasingly aggressive government in Beijing as a threat to the continent and the world’s safety, security and economy. Hence the European Commission’s 2019 report which described China as a ‘systematic rival’. Tensions have only been exacerbated by China’s insistence on supporting the regions destructive forces in their quest to destabilise the union.

In normal times, because of the discernible shared concern between the EU and Britain, they would unite to create an institution-based strategy for containment. Especially as the EU is keen to resist China whilst also avoiding plunging into Trump’s cold war.

But the Brexit process has made such an alliance impossible. Whilst former prime minister Theresa May held the EU’s foreign policy and security structures in high regard, Johnson has little interest in subscribing. To emphasise this, a Conservative MP characterises Johnson’s attitude towards the EU as ‘the only way is out, out, out’.

Meanwhile relations with Russia have not recovered after the attempted assassination of Sergei Skripal, a Russian former intelligence officer, in Salisbury, England, in March 2018.

That leaves the US. Trump and Johnson claim to have a healthy relationship, but Trump’s unpredictability and volatility alongside his desire to always put America first could be problematic. Recent reports that any US trade deal with the UK will rip up food standards, public services and public protections only underlines that.

And even if Trump is dislodged in November by the Democratic candidate Joe Biden, it will not necessarily spell good news. A Biden determined to reverse the global destruction of the Trump administration could be more interested in restoring some international cohesion and cosying up to the EU, as opposed to a Britain headed by someone described as the ‘Britain Trump’. In fact, European ambassadors in Washington have emphasised that a Trump defeat in November would be met by ‘huge relief’ because EU-US tensions would wane.

So, from the possible partners that a country the size of Britain needs to energetically and successfully pursue a policy that does not compromise its own interests, it is short of leverage and allies.

There are good reasons for Johnson to pursue a steely approach towards China. From its harrowing human rights abuses, particularly the inhumane treatment of its Muslim Uighurs, to its authoritarian tendencies and its record of international espionage, it is a menacing threat with a protracted list of transgressions.

However, an undisciplined and indecisive British strategy could prompt isolation and powerlessness. The opposite of what Brexit promised.

Will coronavirus usher in a progressive blueprint?

Is China on course for global domination?

Centre for Arab Progress and the Sudan Peace Agreement