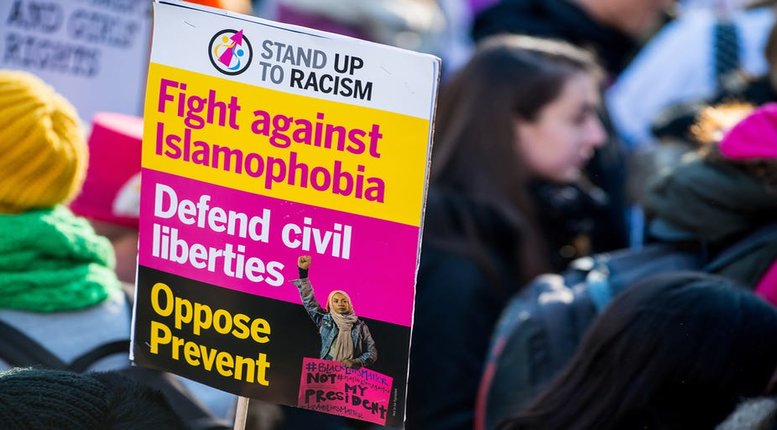 Across Europe, the plight for Muslims is becoming increasingly hostile as sentiments held towards them are growingly injurious, and they face clear marginalisation. However, change appears to be on the horizon.

In fact a wealth of MP’s have suggested that because there is no commonly agreed definition of Islamophobia, it has been allowed to “increase in society to devastating effect”. Resultantly, The All Party Parliamentary Group on British Muslims (APPG) initiated an inquiry into a working definition on Islamophobia as a catalyst for building a common understanding of the causes and consequences of Islamophobia. They stipulated, “If we can define the problem, we stand a better chance of properly addressing it”.

Consequently, the group, chaired by Wes Streeting of the Labour Party, and Anna Soubry of the Conservative Party, undertook a 6 month inquiry, focused on taking evidence from Muslim organisations, legal experts, academics, journalists, MPs and other groups, and a report was published. Titled “Islamophobia defined”, it provides a working definition of Islamophobia:

“Islamophobia is rooted in racism and is a type of racism that targets expressions of Muslimness or perceived Muslimness”.

The definition is further exemplified by case study examples and real life incidents, presented within a framework resembling the IHRA definition of antisemitism, providing guidelines on how the definition can be applied.

The accompanying examples are:

Furthermore, the group met Sajid Javid, the home secretary, in an attempt to make the government adopt the new definition. The group says people must be free to criticise the religion of Islam but employ the tests to work out whether comments are legitimate or are being used as a means of stigmatising and defaming Muslims.

Woefully, the disparaging of Muslims is prevalent in Britain today. The killing of Grandfather Makram Ali outside Finsbury Park mosque in 2017, the murder of another elderly Muslim male, Muhsin Ahmed, in Rotherham in 2015 and the brutal stabbing of Mohammed Saleem in Birmingham in 2013, serve as grave reminders of the perils of Islamophobia, especially when left unchecked.

More recently, several Muslims were on the receiving end of ‘punish a Muslim day’ letters, which encouraged the British public to perform malevolent acts towards Muslims.

This was emphasised with former Foreign Secretary, Boris Johnson’s recent remarks, where he likened Muslim women who wear the burqa to “letter boxes” and “bank robbers”. Likewise, Conservative MP for East Harrow, Bob Blackman, referring to an article regarding a Somali sex gang, suggested that such endeavours are inherent in Islam, as its “part of their culture”.

Noticeably, Islamophobia is rampant across the different dynamics of contemporary Britain.

Thus, APPG are hopeful the introduction of this definition will be a huge step towards eradicating the deep-rooted nature of Islamophobia from British society, which has evidently incremented in recent times.

Undeniably, this paramount problem requires addressing. The new definition is neither too complex nor overly academic, which maximises its potential appeal to both public and political audiences.

Indeed, fascism and xenophobia are becoming the new norm in European culture; largely due to the right wing, populist surge that was born in America under Trump, but has now migrated from the Atlantic and taken residence in a multitude of countries in the continent.

The symptoms of such a development result in the normalisation of inflammatory rhetoric, which the rise in Islamophobia is a tangible example of.

For example, the Prime Minister of Hungary, Viktor Orban, postulated, “dark clouds are gathering” in Europe because of the increased Muslim presence.

Likewise, leader of the Northern League in Italy, Matteo Salvini, suggested that Italy’s culture and society is at risk of being eradicated by Islam and its supposed “invasion” of Europe. Significantly, both leaders have amassed meaningful support following their pernicious tendencies.

Hence, in Europe the general attitudes towards Muslims appear unfavourable.

Therefore, the adoption of a new definition in Britain could set a compelling precedent that would divert the tide in Europe, and raise awareness regarding this venomous form of racism.

Importantly, the APPG have inaugurated the process of enhancing the predicament for Muslims, but now the onus is on Muslims in Britain and internationally, to take heed. Perceptions held towards Muslims are increasingly pessimistic, but a change in demeanour and conduct, coupled with a better understanding of what constitutes Islamophobia, can have potent ramifications.

Crisis of Arab and Muslim Communities in the West: Intellectual challenges between…

Daesh: Seeing from the Inside Reasons of Defeat & Construing the Future

Islamophobia in the Conservative Party